Specializes in outlining, managing, and executing technology-driven business solutions will soon endow Saven Technologies as one of the top mobile app service providers at GoodFirms.

View Saven Technologies’ GoodFirms’ profile to know more about its services and approach opted for fulfilling the expectations of the clients.

Overview of the Company

Incepted in 1996 and headquartered in New Jersey, Saven Technologies offers technology consulting and outsourcing services through its offices in the US & India. The expertise gives clients quick and measurable results/advantages that can be leveraged into long-term benefits for years to come. Moreover, the focus of dedicated professionals is always on the clients’ biggest hurdles. The team does not give up until the right solution is created and implemented. The values of the group are grounded in strong principles, transparency, and openness. Saven is a community of the best and most brilliant professionals, working as collaborative teams, but are also empowered to act in the best interests of consumers.

GoodFirms is an analysis and reviews online portal that judges various businesses that are filed with it. The process of analysis and research is based on three important aspects – Quality, Reliability, and Ability. Likewise, Saven Technologies was also judged by the GoodFirms research team, and it was concluded that it would soon excel at GoodFirms amongst the top web design development, mobile app development, and digital marketing agencies at GoodFirms.

At Saven, the app developers successfully produce and deliver fully-functional apps based on iOS, Android, Blackberry, and HTML5 platforms. The team is also well-versed in creating an official Smartphone app or an excellent app for IoT, wearable, and augmented reality technologies. The group serves to ensure the app has a striking UI that supports a continuous workflow for users giving them an elegant app that is simple to use. The app developers have also build Android and iOS apps through accurate testing and are thriving in setting a benchmark for responsiveness, layout, and delightful user experience. Thus, GoodFirms researchers believe that by crafting different apps giving pleasant user-experience, the app developers at Saven would soon burgeon amongst the top mobile app developers in New Jersey at GoodFirms.

User Experience beyond the Superficial

At Saven Technologies, the expert-level UI & UX developers go above and beyond the mere wireframe planning that other developers might use. The team does not make use of canned templates nor go through the motions. Instead, the professionals assess the entire platform, intended audience, and ultimate goals of the clients’ business, before designing any layouts. Furthermore, the autogenous team always makes sure that good user interface design principles are employed for both the front and back-end of the applications. The team also reviews the technology infrastructure to classify opportunities for enhanced integration and to access essential data. Thus, armed with professional expert designers, Saven Technologies would soon tap into the list of top web designers listed at GoodFirms.

No matter what digital marketing solutions will work best for the clients’ business, the first step is always to identify the unique path for the customers that give them the desired solutions. The unit of digital marketing specialists at Saven will never try to squeeze the clients’ company into some one-size-fits-all structure or will cut corners when it comes to knowing their journey. The professionals take the time to learn how customers make decisions that enables them to position the company as per the expectations of the clients. Continuing to advance by working together systematically would soon burgeon Saven Technologies amongst the best digital marketing agencies in the USA.

Anna Stark is presently working as a Content Writer with GoodFirms – Washington D.C. based B2B Research Company, which bridges the gap between service seekers and service providers. Anna’s current role lingers to shape every company’s performance and key attributes into words. She firmly believes in the magic of words and equips new strategies that work, always in with ideas, something new to carve, and something original to decorate the firm’s identity. 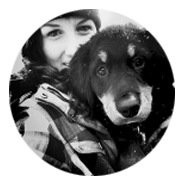 Login to Saven
Reset Password
Enter the username or e-mail you used in your profile. A password reset link will be sent to you by email.